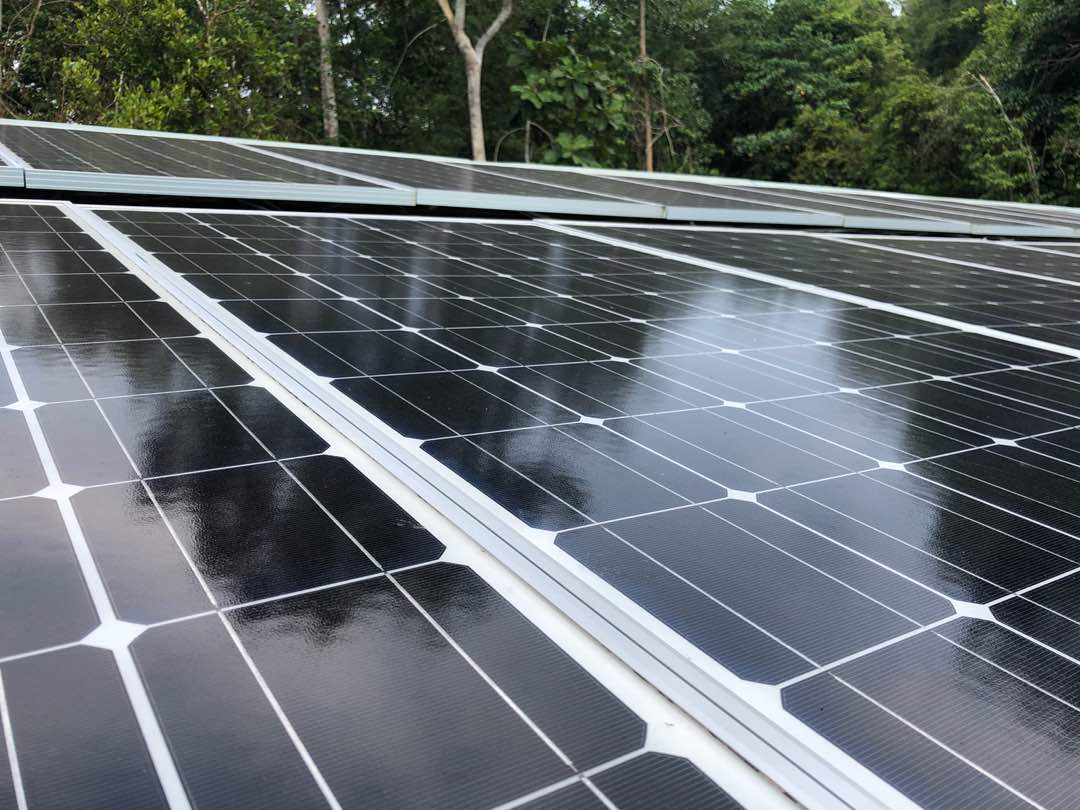 A photovoltaic (PV) module is a packaged, connect assembly of typically 6x10 photovoltaic solar cells. Photovoltaic modules constitute the photovoltaic array of a photovoltaic system that generates and supplies solar electricity in commercial and residential applications. Each module is rated by its DC output power under standard test conditions (STC), and typically ranges from 100 to 365 Watts (W). The efficiency of a module determines the area of a module given the same rated output – an 8% efficient 230 W module will have twice the area of a 16% efficient 230 W module. A single solar module can produce only a limited amount of power; most installations contain multiple modules.

Photovoltaic modules use light energy (photons) from the Sun to generate electricity through the photovoltaic effect. The majority of modules use wafer-based crystalline silicon cells or thin-film cells. The structural (load carrying) member of a module can either be the top layer or the back layer. Cells must also be protected from mechanical damage and moisture. Most modules are rigid, but semi-flexible ones are available, based on thin-film cells. The cells must be connected electrically in series, one to another. Externally, most of photovoltaic modules use MC4 connectors type to facilitate easy weatherproof connections to the rest of the system.

Modules electrical connections are made in series to achieve a desired output voltage and/or in parallel to provide a desired current capability. The conducting wires that take the current off the modules may contain silver, copper or other non-magnetic conductive transition metals. Bypass diodes may be incorporated or used externally, in case of partial module shading, to maximize the output of module sections still illuminated.

Some special solar PV modules include concentrators in which light is focused by lenses or mirrors onto smaller cells. This enables the use of cells with a high cost per unit area (such as gallium arsenide) in a cost-effective way.

In UMP, Pekan. 20kW Solar Panels has been installed on the April 2017. It's was an On Grid system. Recently the Solar Panels system used to supply Faculty Of Mechanical Engineering admin block, where as it was working hours operation, that is why the on grid Solar Panel system been used.

UMP also did Cooperate Social Responsibility, CSR by sharing knowledge and sponsored Sekolah Menengah Kebangsaan Sg Soi 20W Solar Panel Off Grid system. Where is this system oprate to light up the “Wakaf” on the evening Dusk to Down.