On 26th May 2016, a chemical walkabout has been conducted involving a few representatives from RC. The objective of the programme is to share knowledge on safe chemical & scheduled waste handling. Participants have visited & advised any improvements that could be done at every lab visited. Owner of the premises also have shared best practise that have been done at their premises.

The committee also has come out with “Mercury-Free Policy” that has been enforced on 31 December 2016. The policy that has been endorsed in JKKP UMP meeting is an effort by OSHMO to minimize hazard related to mercury. Every mercury thermometers owned by RC has been replaced with alcohol thermometer. Purchase of mercury thermometers has been stopped & all units that was available has been disposed by appointed contractors. Those who still need to use it must declare it to OSHMO to ensure that they can react swiftly in case of any incident.

Mr Mohd Hafiz from Faculty of Chemical & Natural Resources Engineering has been sent for training for Scheduled Waste Manager. It is required by Environmental Quality (Scheduled Waste) Regulations 2005 49A for every scheduled waste generator to have at least one competent scheduled waste manager. Other than that, “Scheduled Waste Minimization” campaign has been launched. The objectives is to reduce volume of unused & disposed chemicals. By doing so, it was hoped that risk related to chemicals & scheduled waste can be reduced.

In cultivating safe & healthy workplace, the committee has provided buntings to promote proper usage of personal protective equipment in UMP. The buntings is distributed especially to those lab who involved with chemical handling. 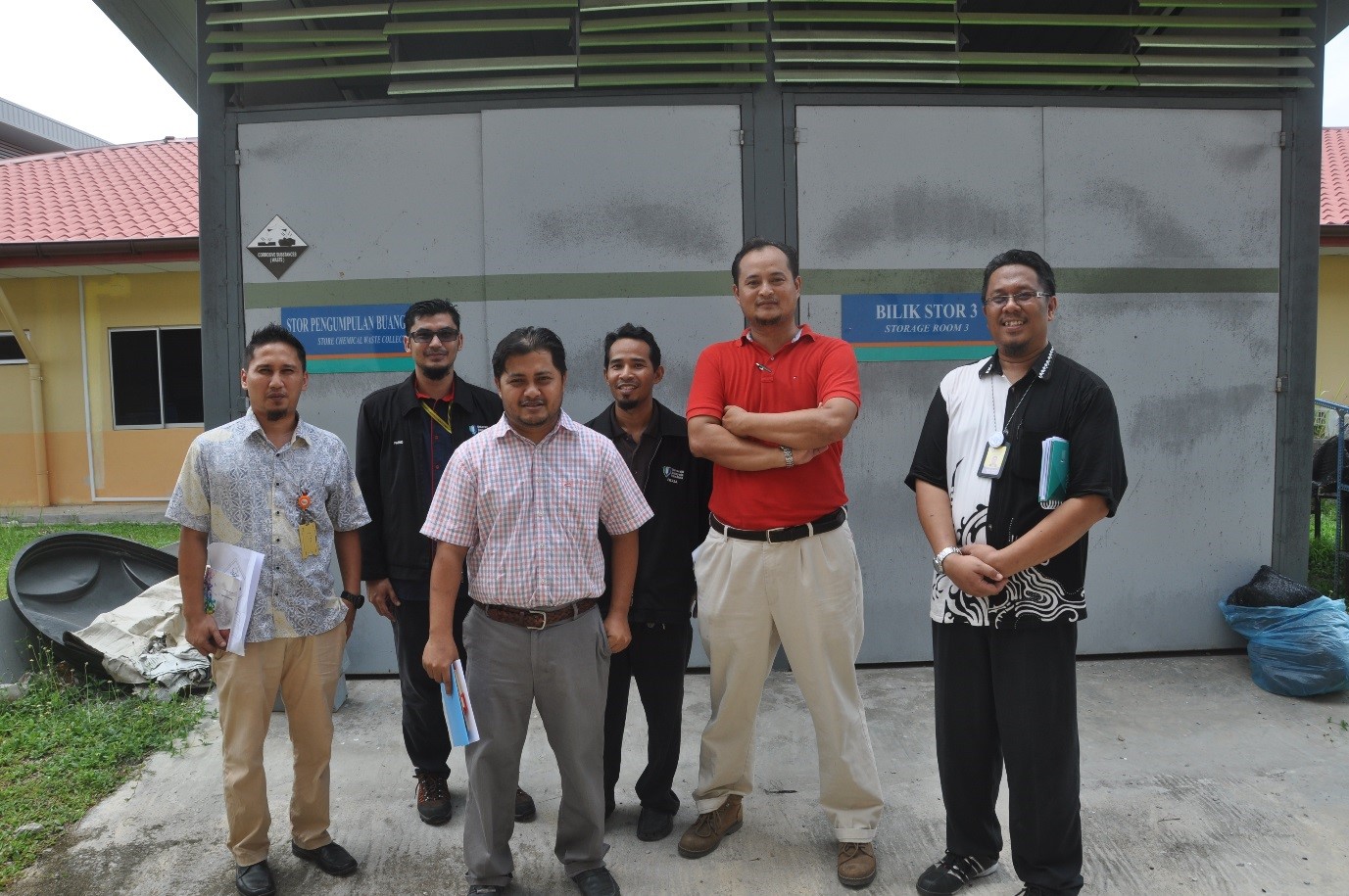 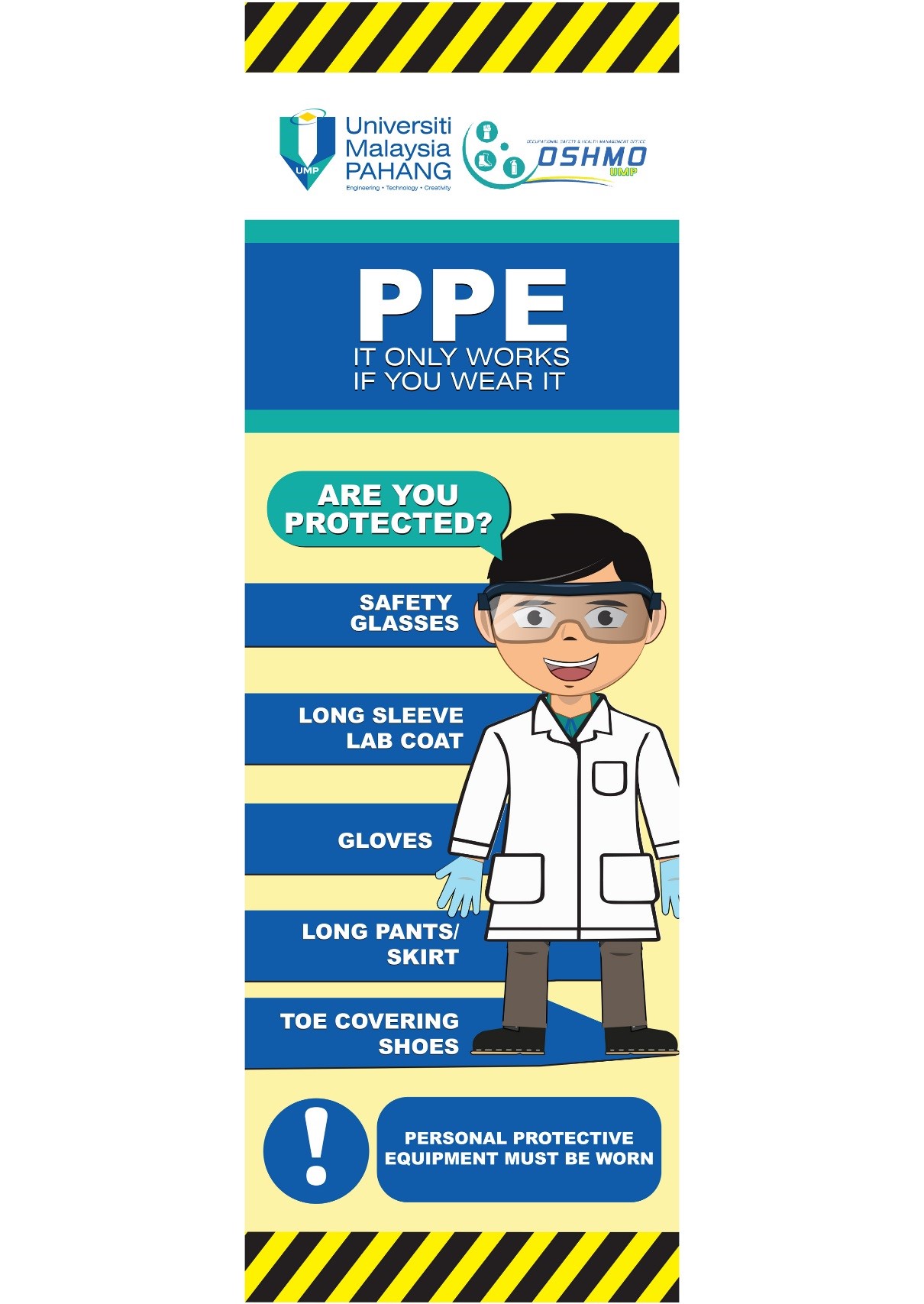