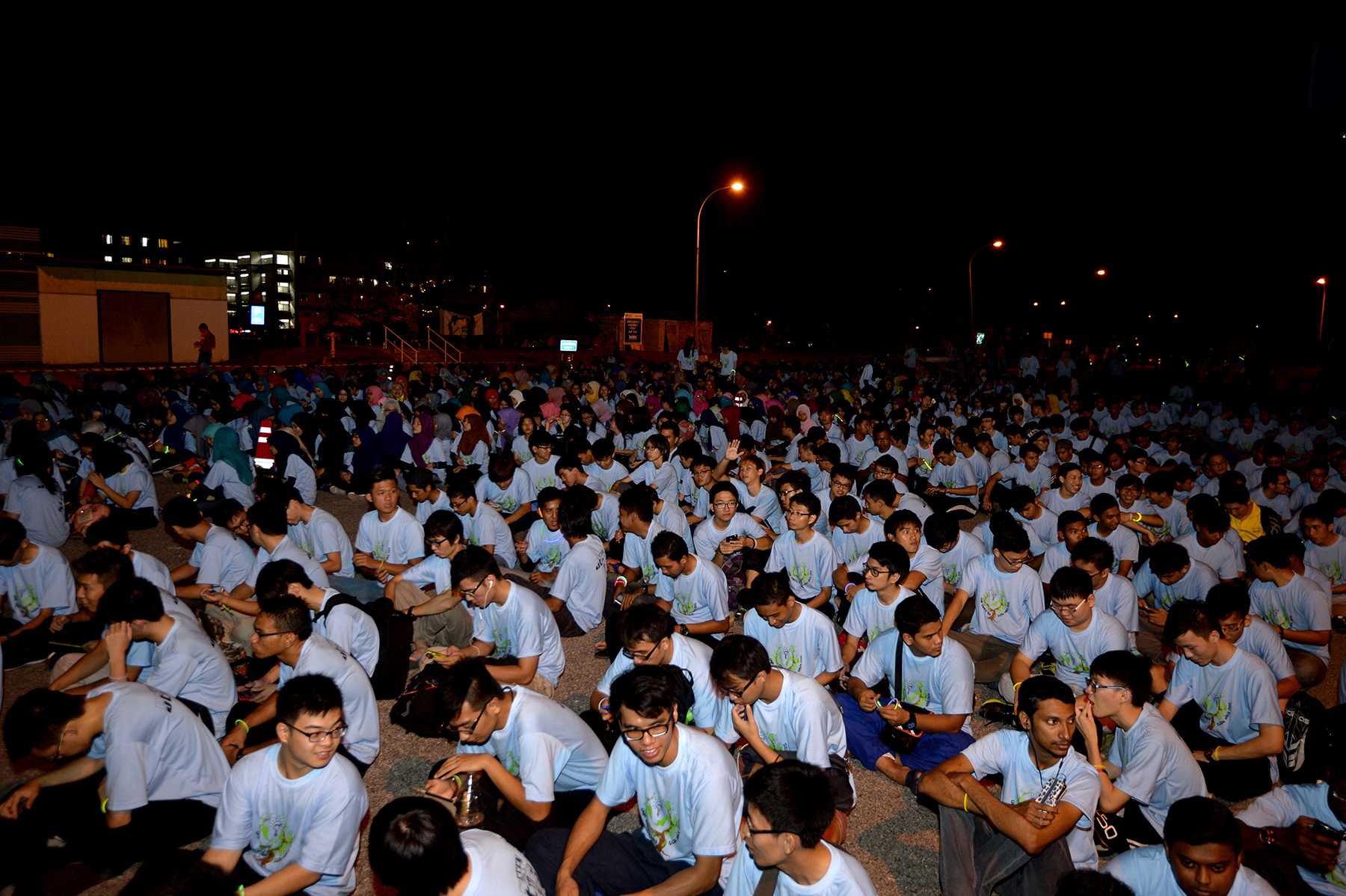 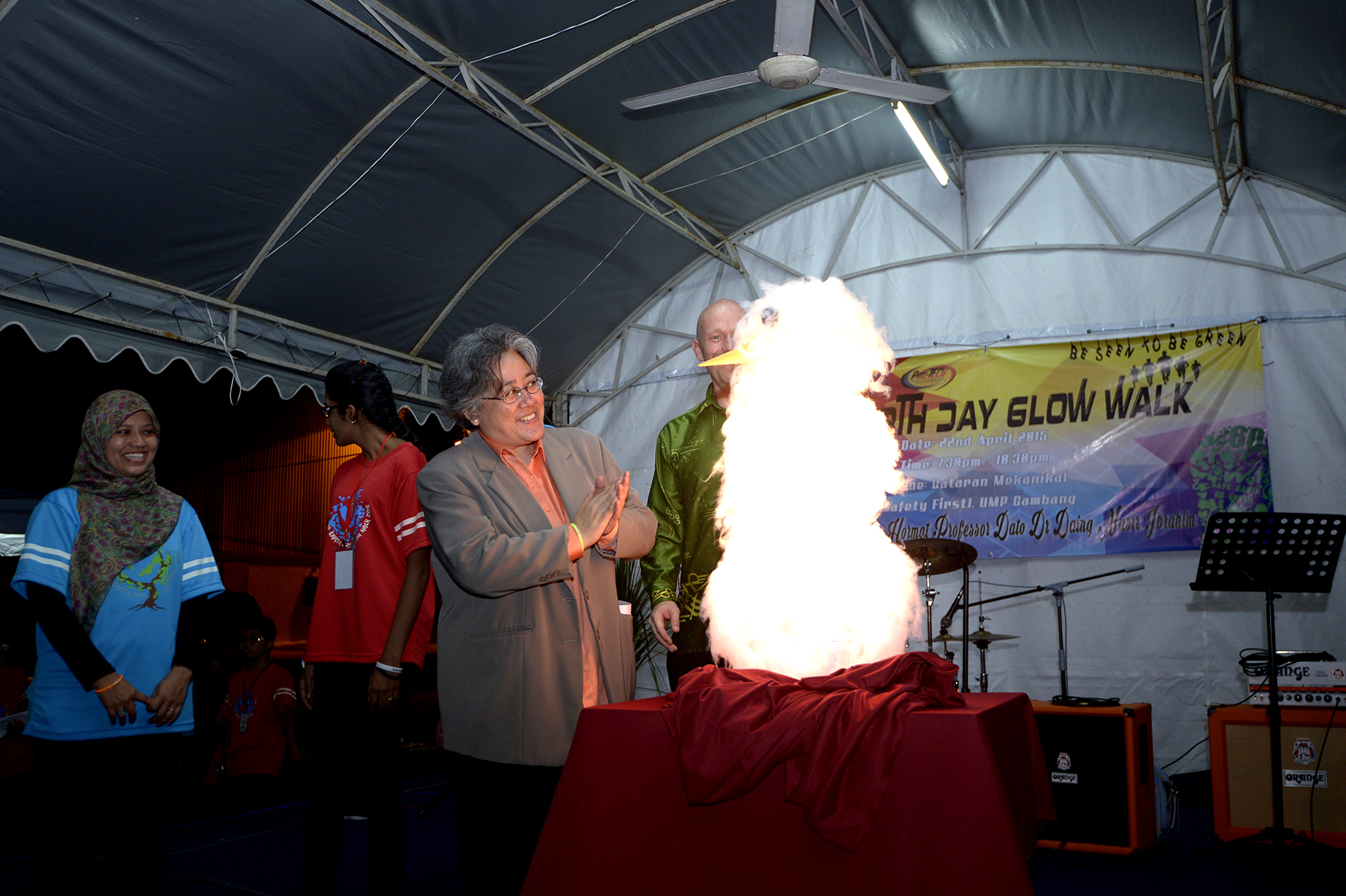 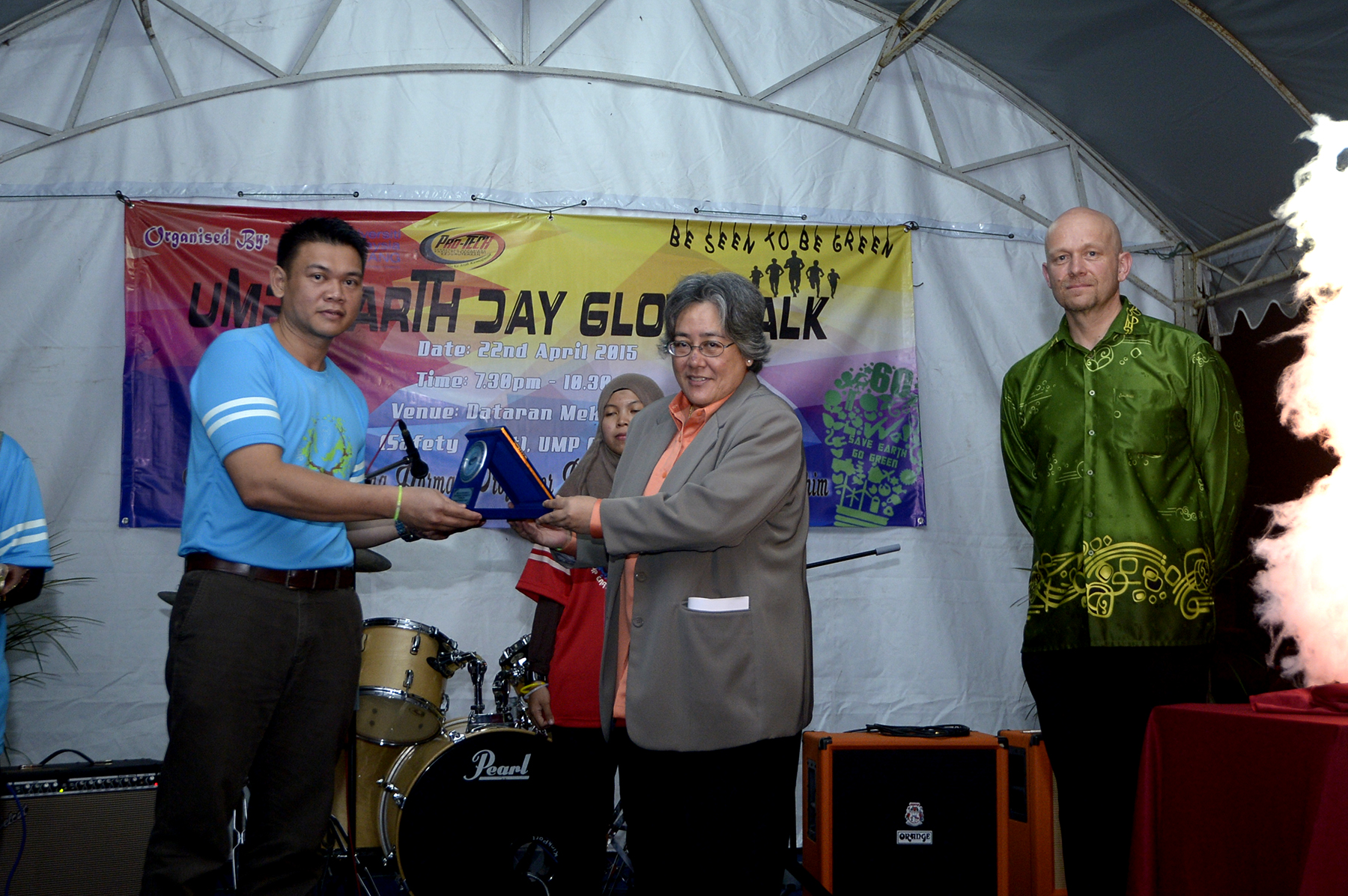 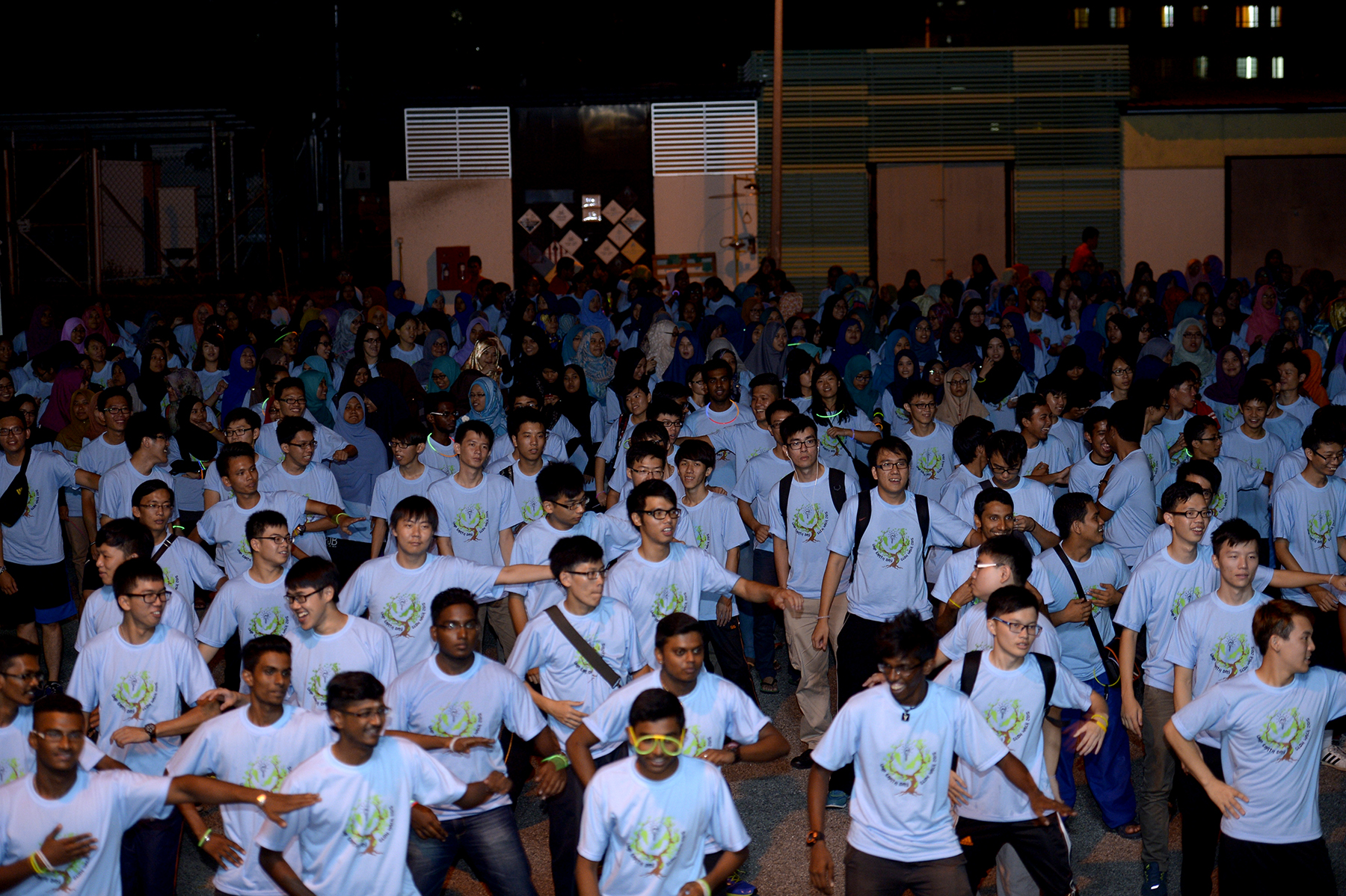 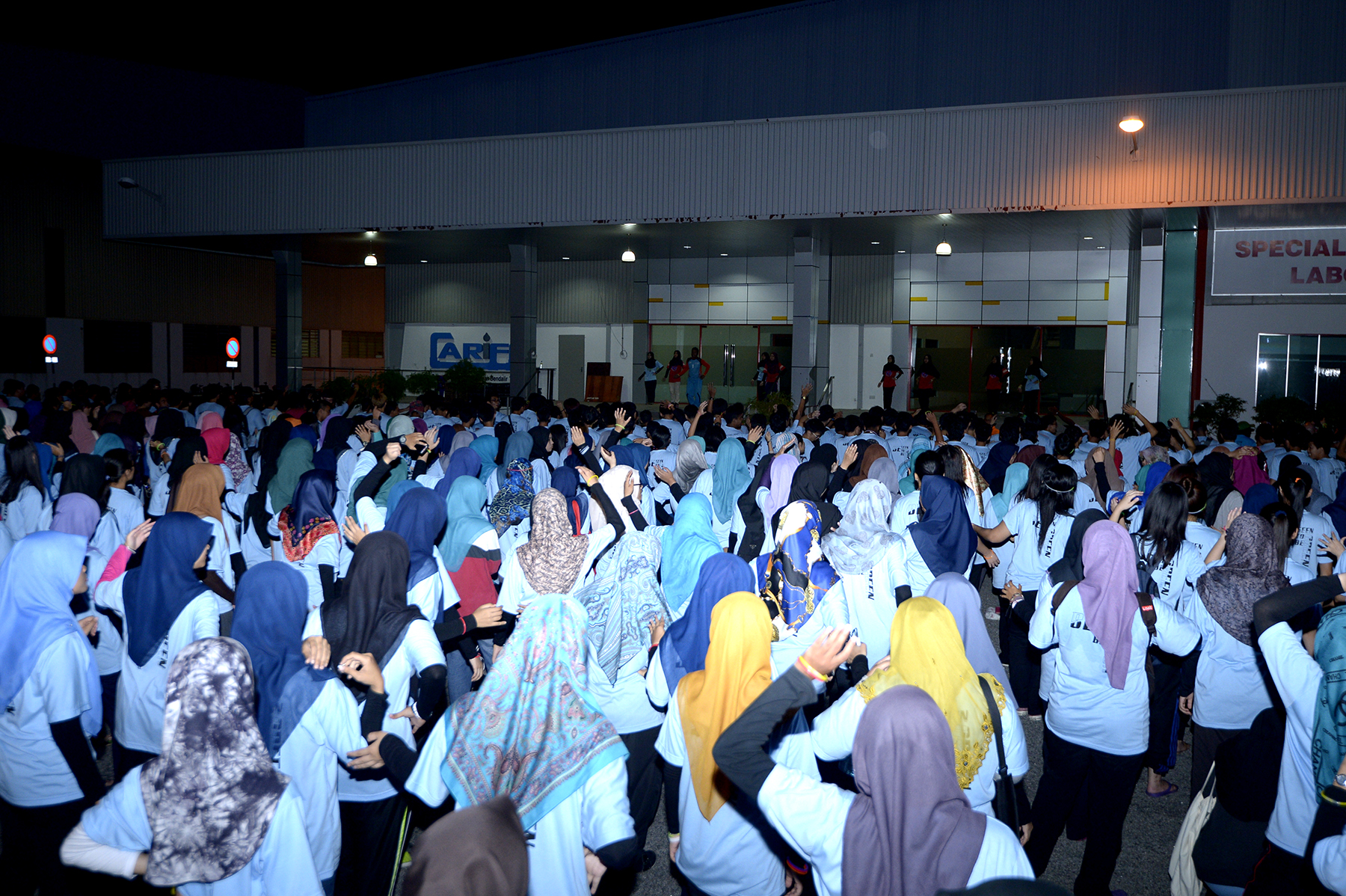 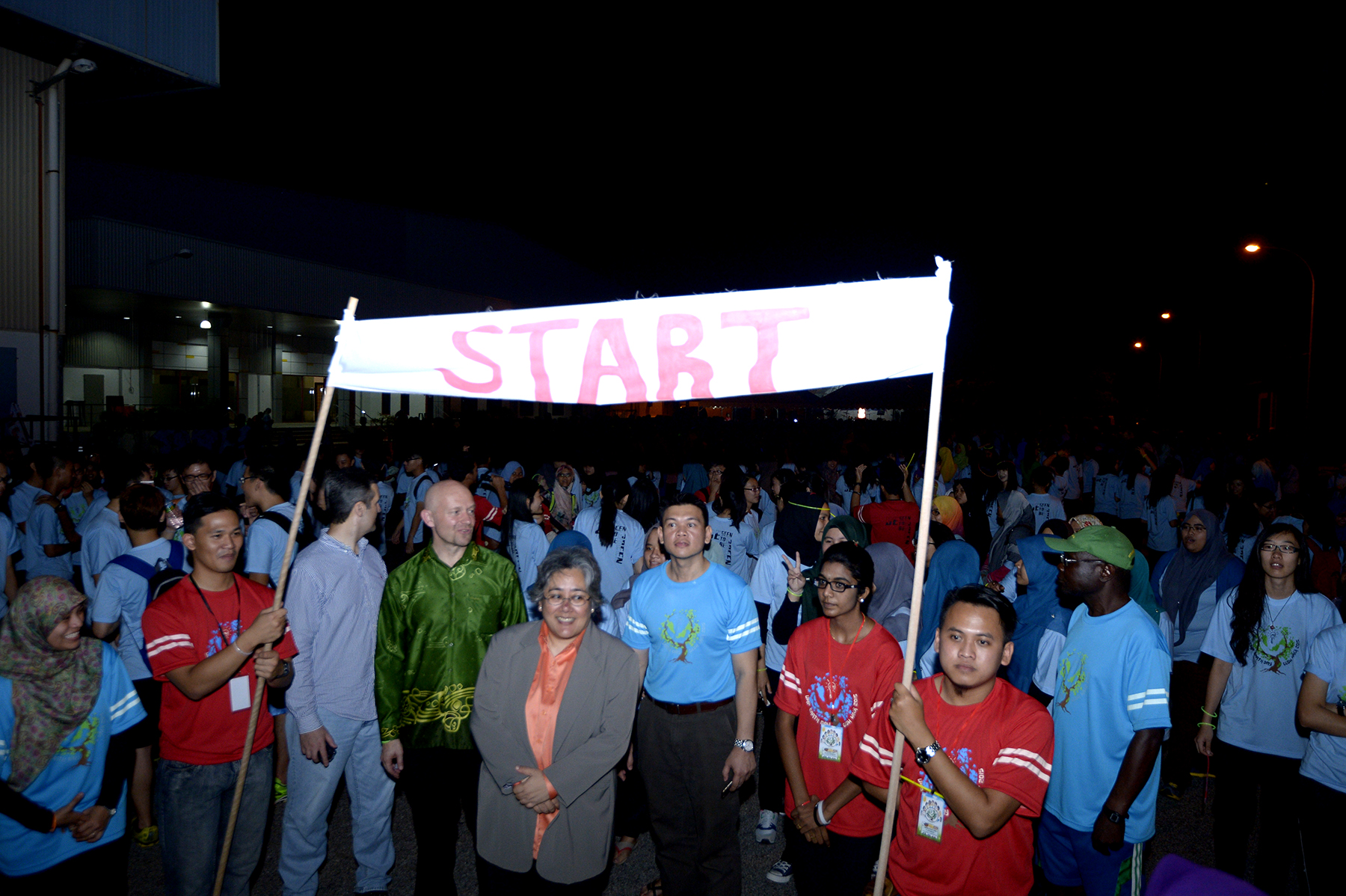 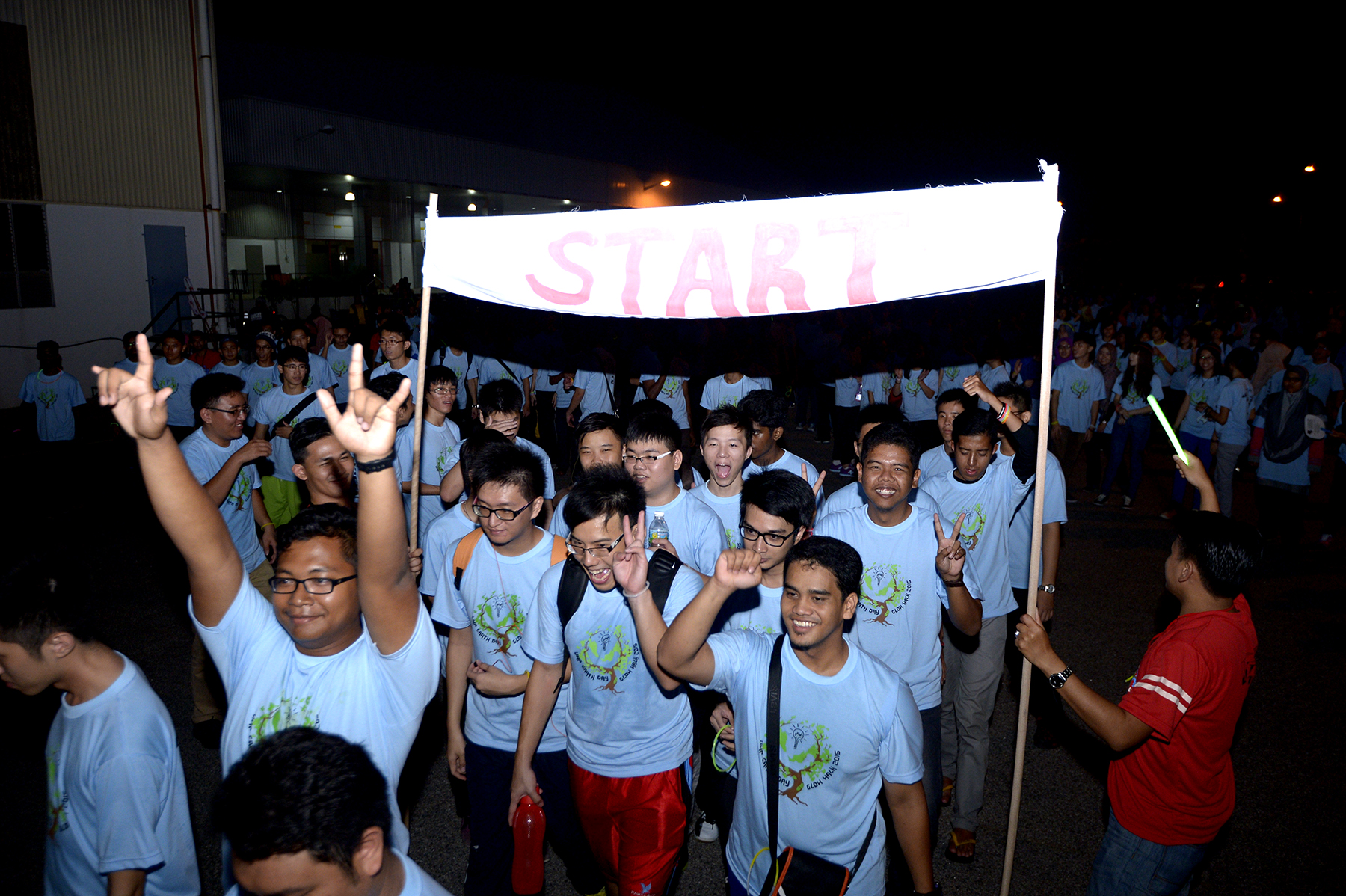 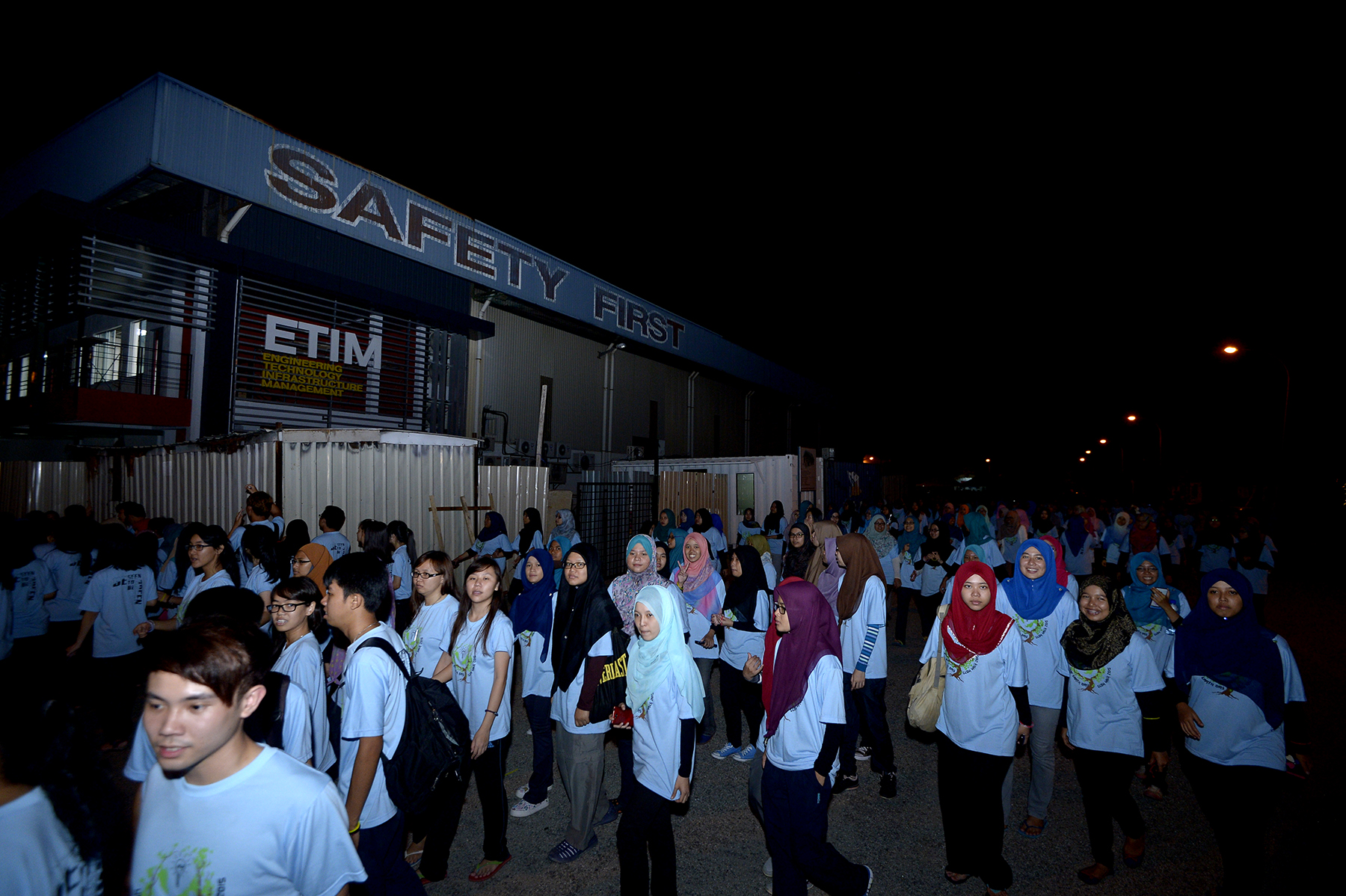 More than 1,000 Universiti Malaysia Pahang (UMP) undergraduates and staff took part in a three-kilometre night walk at the university's CARIFF Square on April 22, 2015.  It was an activity organised by Faculty of Engineering Technology (FTeK) under the 'Earth Day, Glow Walk' programme aimed at creating awareness on the responsibility of protecting the environment to ensure Mother Nature's sustenance as a safe place to live.

Also present in the walk were Deputy Vice-Chancellor (Research & Innovation), Professor Dr. Mashitah Mohd. Yusoff, FTeK's Dean, Professor Dr. Zularisam Abdul Wahid, the popular Green Man Matthias Gelber, programme's advisor Putri Shazlia Rosman and Student Representative Council (MPP) President, Muhammad Syafiq Mohd. Ali.  Professor Dr. Mashitah said awareness and appreciation towards nature could be triggered by the simplest form of action such as banning the using of polystyrene food container in campus.  She added that at the macro level, enforcement should be imposed to reduce fossil fuel by public transportation and commercial vehicles.  Thus, the duty to preserve earth's sustainability should not be borne by one party such as the local authority or government but also by individuals including university students, she said.

Professor Dr.Mashitah noted that the programme was in line with the university's current campaign on living a healthy lifestyle.  In the last 40 years, it was estimated that the population of mammalians, birds, reptilians, amphibians and fish worldwide had declined by an average of 52 percent and what was more alarming was that freshwater fish population had also dropped to an average of 76 percent.  Mankind will be, directly and indirectly, affected by this reality and surely, the impact will be severe unless actions are taken from now.  Efforts taken by the faculty will help to bring about positive impacts and added value to the wellbeing in the campus and its denizens.  The Programme's Director, Theebaa Rajasegran said the event received support and cooperation from the Faculty of Engineering Technology Undergraduate Association (PROTECH).  She added that apart from enhancing their senses to be more concern of climate changes in the country, they were also made to be more aware of protecting and conserving nature.