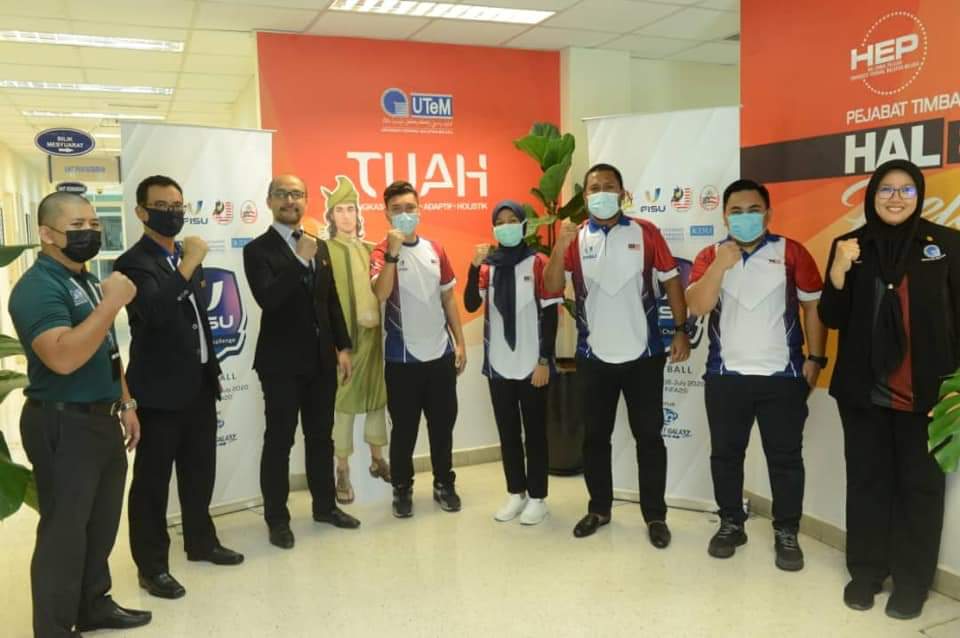 The competition was held on 6-16 July involving 48 entries from 16 countries, and Malaysia was represented by a male and female athletes while the Youth and Sports Officer, Universiti Teknikal Malaysia Melaka (UTeM), Mohd Fairuz Azwad Mohd Zauwawi was appointed as the Team Manager.

According to Syamir, he started playing this video game when he was five years old after following his brother’s interest who likes to play video games.

“Today, however, my interest is more towards football, and Manchester United is my favourite team.

“I was drawn in a group along with South Africa, Peru and Poland.

“Alhamdulillah, I have become the group champion and managed to advance to the top 16 rounds. However, my journey ended in that round when I lost to an Australian player,” he said.

He said, despite losing, he was still satisfied because this was his first international tournament and was able to qualify for the knockout stage.

Sharing his experience, Syamir said, at first he only played for fun until he finished secondary school, thanks to the support of his friends who encouraged him to play in the FIFA competition.

“When I first participated in the tournament, I did not expect to win the first place.

“Since then, I felt that I could go further and participate in more FIFA tournaments.

“So far I only play at the domestic level, so the tournament organised by FISU is my first experience representing UMP and the country,” he said.

In his view, if people consider these video game activities a waste of time, FISU eSports Challenge Football FIFA20 is more focused on the skills and competencies of young professionals in the field to put their best skills to win the grand prize.

“Apart from giving the highest focus on video games of interest, players also have the opportunity to meet more friends from various countries who share similar interests.

“That’s where players can establish a group that requires cooperation, understanding and tolerance to maintain the good name of the team and strengthen relationships,” he said.